By Angry Habs Fan - April 28, 2013
Well it was a bit of a shaky start but your Montreal Canadiens pulled off what they needed to do heading into the playoffs, beat two Canadian teams.  Last night was pretty awesome, minus the lack of overall drama but hey a win is a win.

I could care less about a Montreal vs Toronto series.  If it happened deep in the playoffs for the East title then ya, maybe that would be exciting, but a first round match up is just plain lame.  The only thing playing Toronto would do is wear us emotionally out for the second round matchup, which may be against the Penguins at that point.  I'd rather play the Sens and beat them out in 6 then have to deal will all the hype and emotion of a Montreal vs Toronto series.  If it happens then yes I'll get caught up in it, if it doesn't then I'm happy because I'll be at Game 3 or 4 of the series.

So all eyes are on the Sens game tonight at 7 PM on Sportsnet.  Enjoy the ratings Sportsnet.

Let's all save ourselves the misery of watching the Blue Jays today and flip on your future World Junior stars taking on the USA for the Gold Medal of the IIHF Under 18 Hockey Tourney.

Or we could all go outside, it's shorts weather baby. 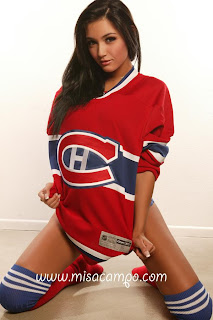 Satuperjuangan said…
Excellent post. I used to be checking continuously this blog and I’m impressed!
Very helpful info particularly the ultimate part
care for such information much. I used to be seeking this
particular info for a long time. Jelly Gamat di Kuningan
September 11, 2017 at 12:51 AM