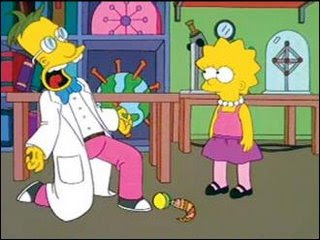 Its entirely within the realm of possibility that Dr Frink recalibrated Lisa's robot dance slippers into skates for Erik Karlsson. The last couple days have been pretty exciting for Sens fans (despite 4 straight losses) as Rihanna showed some love  and then Senators fans were treated to the following video courtesy of Mark "I guessed his first name" Seguin.

He looks pretty good and is skating about 4 months sooner than doctors expected. He may have mutant DNA ala Wolverine (sorry not that one, Wolverine) and I could not be more excited as there is a chance that Ill get to see him play before September. There is no denying that Karlsson is the most exciting defenceman to watch in the world and probably top 5 of any position in the world. Sorry Habs fans but the attention Subban is getting for a Norris this year is only because of injuries to both Erik Karlsson and Kris Letang.

Unknown said…
Excellent post and a implausible read. You have raised a few suitable spots. Enormous effort, carry on it up. I love frequent flip side to this site and analysis the superiority contented you for all time have on offer.I am genuinely overpowered through the estimation of custom essay writing service. The papers altogether imitate my script style and get me totally An evaluations. I was additionally pleasantly shocked by the decrease plot.
December 30, 2016 at 11:08 PM