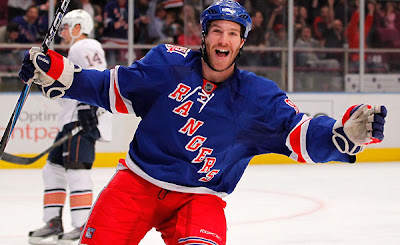 Big headline today is the return of Brandon Prust to Madison Square Garden after ditching his old team for more money and a longer contract in Montreal.

Back to back games during the week is kind of a rip off.  The beauty of sport is the build up to the event.  The NFL has it perfect with basically playing the majority of their games only on Sundays and not during the week.  Sunday becomes football day and you are locked to the television.  My ideal nights for hockey to be on is Tuesday, Wednesday, Saturday.  But instead of being a crotchy old man I'll let it go and realize that this is a shortened season.

But you know who else is really good at hockey lately?  The New York Rangers, even though they are in 8th place they are a smoking hot club right now.  They have an amazing goalie and we just played last night at home.  It's pretty much a recipe for disaster.  I don't really have high expectations for tonight, but if the Habs can even steal a point then it's worth the trip to New York.

Tonight we're upping the anti since last nights Kate Upton photos were a traffic gold mind for us here at Angry Hockey Fans.  If your Habs score 5 goals against the Rangers we will post photos of beautiful women covered in ice cream.  We haven't even checked to see if these photos exist, but it's the internet and it's safe to say we can deliver if the Habs deliver.

Game time is 7:00PM on TSN-Habs.  Grab a timmies roll up for this one folks.  If you've never 'rolled a rim' before then watch this creepy video: