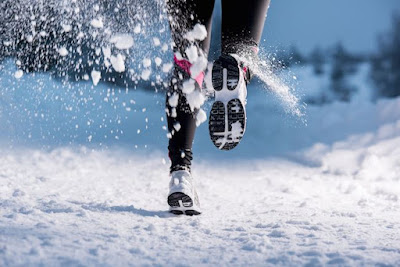 No this wasn't a lame new years resolution, I started running back in the Fall.

After failing to run a full 10 K I challenged myself to learn how to run....and I did!  By the Christmas season I was running 7-8K once a week and barely breathing heavily with my best time of 34:57.

Enter 12 days of xmas vacation that included junk food every 20 minutes, sitting indoors all day watching tv, and very little to no exercise and a major disaster was brewing.

My resting HR has gone from 52 BPM to 64BPM in basically two weeks. The first week after xmas break I could hardly go for a walk.  Last night I attempted my first post xmas run, and for the most part it was fine until I hit the 5 K mark.

The temperature was about -4 and my body started to freeze up with every stride I took.  I felt like Marc Bergevin looking at the standings. By the time I was finished I was hunched over like a 90 year old man.

I'm writing this 23 hours after the run and I'm still feeling the post run affects.  I couldn't walk this morning, I felt terrible, and I questioned why I am doing this to myself.

Tonight I'm going to watch the Blackhawks and Wild battle it out for the last playoff spot in the West.  Way better for my short term health.