Whats the deal with bodychecking? 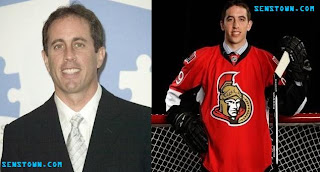 Jared Cowen made his triumphant return to the lineup last night against the Hurricandycanes. He anialated Jeff Skinner coming across the middle of the ice and then had to answer the bell to Chad Larose. Then he had to do it again against "heavyweight" Westgarth. Then he had to deal with Eric Staal and Chad Larose chirping him the rest of the night and an entire team taking runs at him. Then he laid out Tuomo Ruutu against the boards. It was awesome. Methot caught the fire and hip checked a dude too but nobody talked about. Apparently people think Cowens hit on Skinner was illegal but it wasnt, he wont be suspended despite what the guy on the Hurricanes broadcast told me last night. He was  an idiot if you couldnt figure that out by learning that he is a HURRICANES COLOR COMMENTATOR.

Wow that was ranty.

So anyways Zibanejad scored on a nice feed from Conacher, Michalek scored on a gorgeous toe drag and shot, and Neil scored because Latendress served him up with some gorgeous sauce. Final score was 3-2 who cares about the Canes scorers. Not me i say and not you i say. i say i say

Cody Ceci and Matt Puemple's junior careeers came to an end this week. They are now in Binghamton with the Sens AHL affiliate. Considering coach Luke Richardson has already used prospect Jakob Culek in a few games after his QJMHL season ended I would think that Ceci and Puempel will get some playing time. Puempel played a handful of games last season with Bingo as well

Stefan Noeson moves on in the OHL playoffs, the Whalers knocked out Ceci's Owen Sound Attack (who are dumb dumbs for beating the Greyhounds). Noeson is putting up some legit awesome numbers in these playoffs (just like last year when he had 7 points in the 2 games before getting injured)

WE ARE PLAYING IN AN OUTDOOR GAME!

The Sens will play an outdoor game in Vancouver at BC Place next season. I tihnk its on March 2nd. This game goes well with the other 5 games going on next season. The Rangers are playing in 2 of them?????? This is like when a successful Hollywood movie gets a billion terrible sequels and spin offs. But oh well the Senators get to play in one. cool stuff.

I discovered the Jay and Dan podcast this week and its awesome. Listen to it. It also has given me a craving for energy drinks.

Hopefully I dont die! By guys. Capitals are up next on Thursday and then a Saturday night rematch against the Leafs at Scotiabank Place.
AngrySensFan ohl seinfeld

onlineprinterhelp said…
visit to our website for Hp printers help

Anonymous said…
We are popular as Florist Service in Gurgaon from last 10 Years, we also offers fresh flowers cakes and latest gifts across Gurgaon. Send flowers

online and Offline from flower shop for your loved ones and availlable for corporate gifting with fastest delivery.