In Defence Of White, Budaj 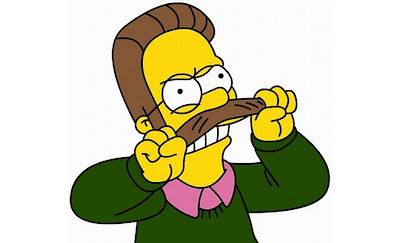 Very close.  We could almost taste 2 points until the final few minutes of the game when White decided to go after Steve Ott.  With 1.9 seconds left there was a mad scramble in front of the Habs net, and the puck went in to tie the game.  Neither White or Budaj are at fault, and here's why:

Though Coach Therrien seems to think this was Ryan White fault that we lost the game, it's not.  Prior to White's boarding penalty Ott was roughing up Gionta at the blue line.  In defence of his Captain White came in to let Ott know that this is not acceptable behaviour.  In doing so White ended up with a penalty at a costly time in the game.  However, the alternative to taking the penalty is to send the message not only to the Sabres, but to other teams around the league, that roughing up our Captain is something that is acceptable.  I thought Montreal had a new brand of hockey, a team mentality where we stick up for each other, even it's like sticking up for a munchkin on some occasions.   If Therrien wants this team to buy into his 'team concept' he better stop calling out guys for living up to his expectations. Hypocrite.

On Peter Budaj, the guy faced 40 shots last night and made 36 saves.  Even if Price was in net who knows if he could have made 36 saves after playing the Bruins last night.  Are we really wanting to wear down Price in a shorten season where there are many back to back games?  Budaj earns a salary on this team as a back up, and that means sometimes having to answer the call.  The media can say he should have never started (I myself get nervous when he starts) but we have to give the guy a chance.  With 36 saves that's a-okay.

The goal with 1.9 seconds left was first of all interference!  Ott, of course, was sitting on Budaj!  How can one be expected to make a save when you are being sat on!  Also, why was nobody on the Habs laying in the back of the net?  There was five seconds left.  Take a penalty, win the draw, and game over.  Price wouldn't have been able to stop that either, FYI.

It's very frustrating to hear the coach calling out a player for a loss.  Therrien needs to get his act together.  The Montreal Canadiens win and lose as a team, after all, he said it himself.
AngryHabsFan