Before the Puck Drop: Sens @ Pens

For the secondt time this season the Senators will get a look at Sidney Crosby and Evgeni Malkin. This is the second game of a back to back tonight after a 2-0 win over the Sabres last night. Anderson posted the shutout and it looks like he will get the start again tonight. The Penguins have playeed most of their game son the road but so far this year they are less than stellar at home. Which is good for the Senators.

The Penguins pulled out the win in a 2-1 shootout win in their last meeting hopefully the Senators can reverse that result and get on a roll with a couple consecutive wins.The lineup will stay the same from last night except Wiercoch will sub out for Benoit. Looks like the Penguins will be without Kris Letang tonight but ya never know, same goes for Matt Niskanen who's been out since game 5 of the season.

I love Kyle Turris and I think he has an incredible shot, but I've always noticed he has a really hard time getting his shot off, seems like every second shot he takes gets deflected into the stands off a defenders stick. Well my eyes did not deceive me and according to Silver Seven, Kyle Turris hasn't had more than 2 shots in a game since game 2 this year. Yikes, hopefully the Senators coaches have picked this up and are working on a) teaching him to better ways to get shots through and b) setting up some plays that will give him some extra space to shoot particularly on the powerplay.

I find alot of Sens fans have a hate on for Crosby but I have a huge man crush on him to the point where I debate wearing my Crosby jersey under my Sens jersey during the games. 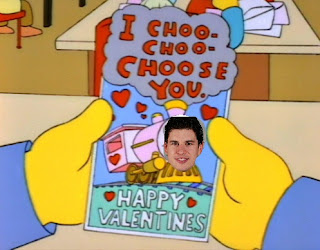